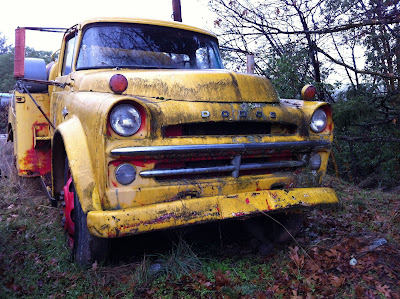 My daughter Kate and my son-in-law Jed are teaming up to make a movie. Shale is Jed's thesis project at Columbia University and is the story of a woman named Sheila who finally stands up to her domineering husband, John.

Since tuition doesn't cover the cost of the film, students must raise money for their movies on their own. Jed and Kate have been saving up so they can fund a large portion of the film out of their own pockets. But they need some help making up the difference.

So far, 180 generous individuals have contributed a total of $10,729 to Shale through their Kickstarter fundraising campaign. On their site, you can see interviews with both Jed and Kate about why this project is so important to them.

Contribute to Shale and you'll get some fun rewards! They are outlined on the right hand column of their fundraising page, but they include getting a link to the finished film ($10), getting your name in the movie's credits ($40), and even tickets to the film's premiere ($500).

Jed's already had a film shown at Sundance, and he's won awards from HBO and Panivision to help get this movie produced. But they would LOVE to have YOU be part of movie-making history. Thanks so much.

Make it a Wonderful Day!