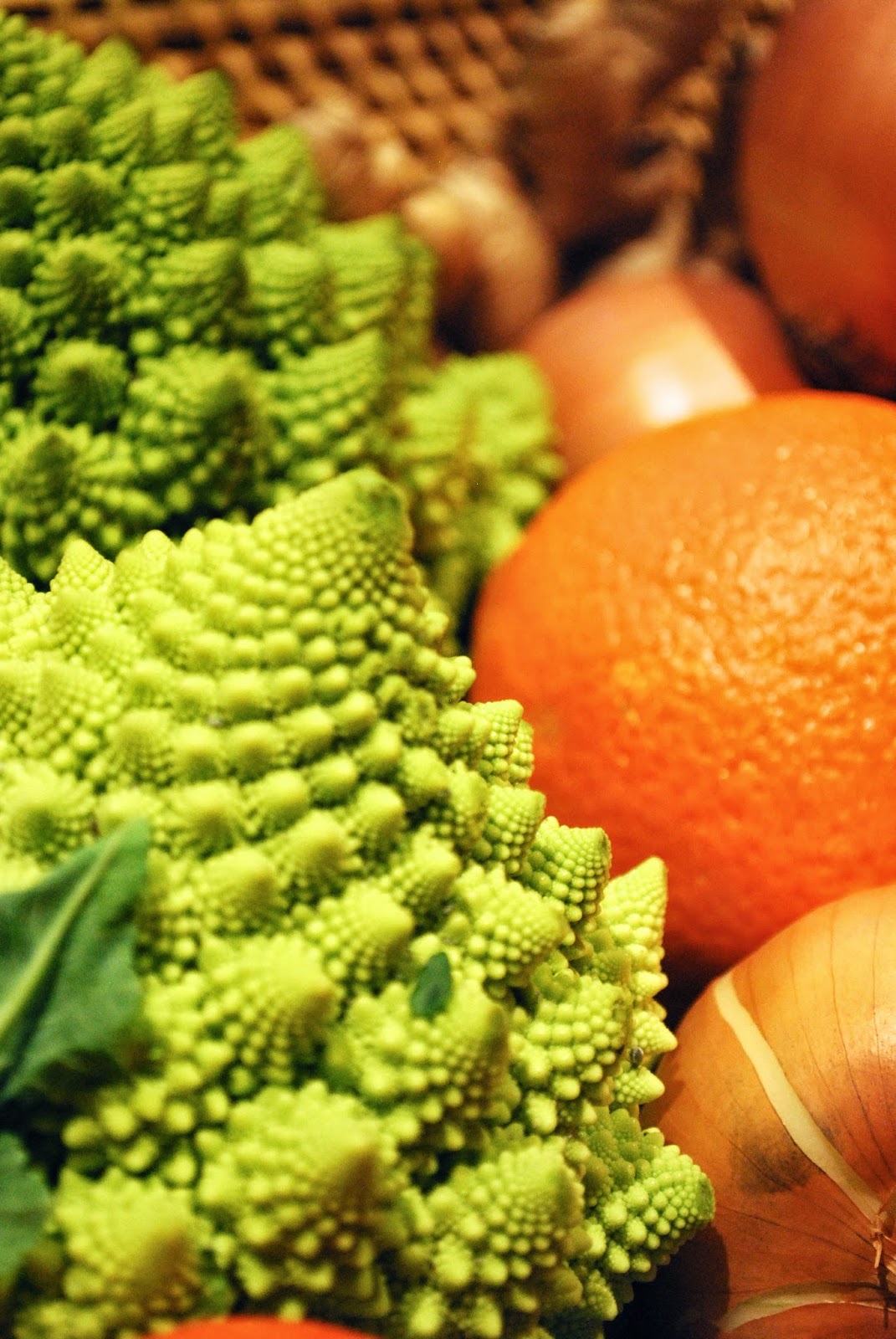 New to me, Romanesco's been around for while. Some botanists think it's been selectively bred since the 16th Century. I guess I don't get out much. 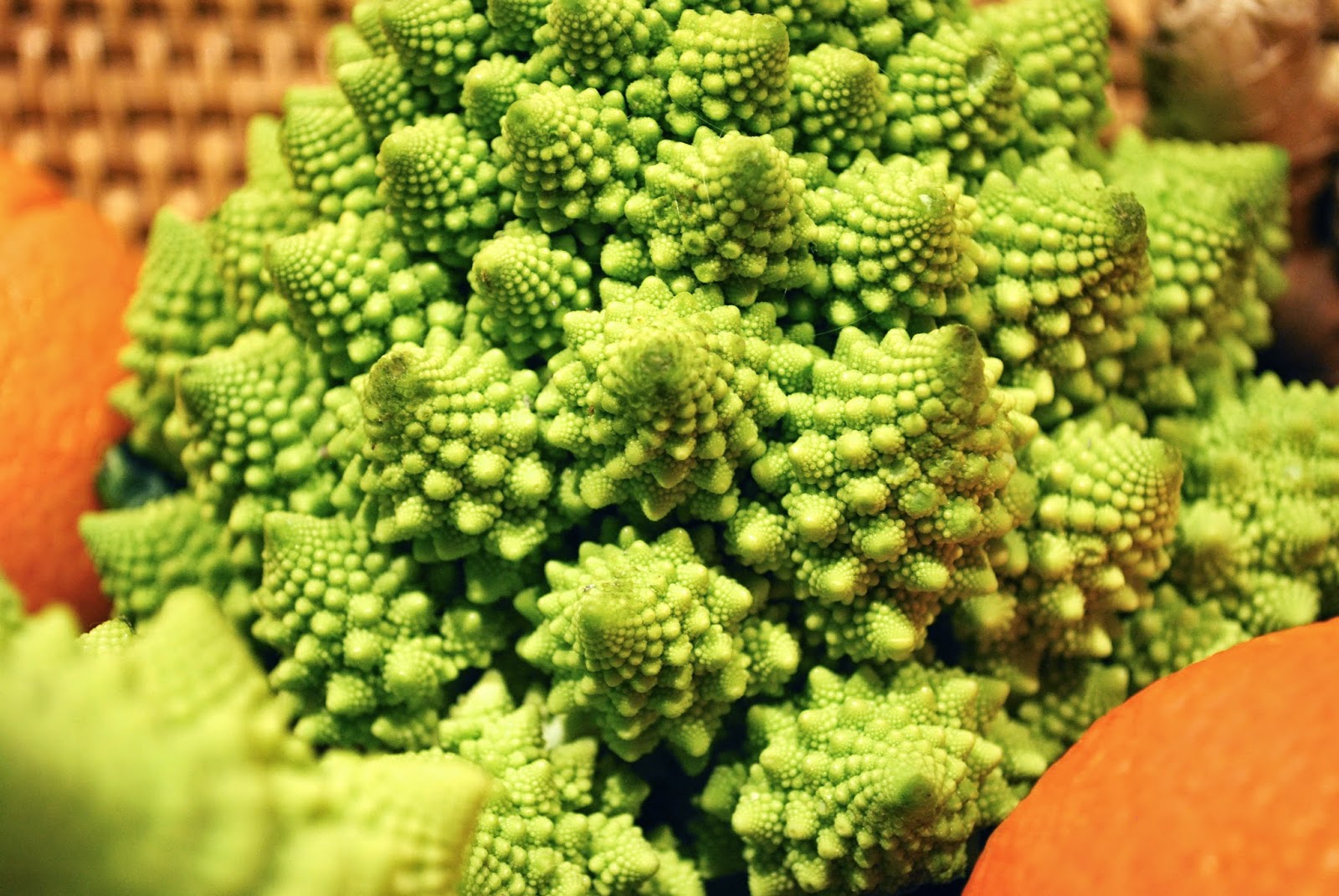 It was pretty enough for me to wrap up a head of it and give it to a friend for her birthday. (What? You don't give your friends vegetables for their birthdays?? She did say it was the most unusual gift she received…I hope that was a good thing!) :D 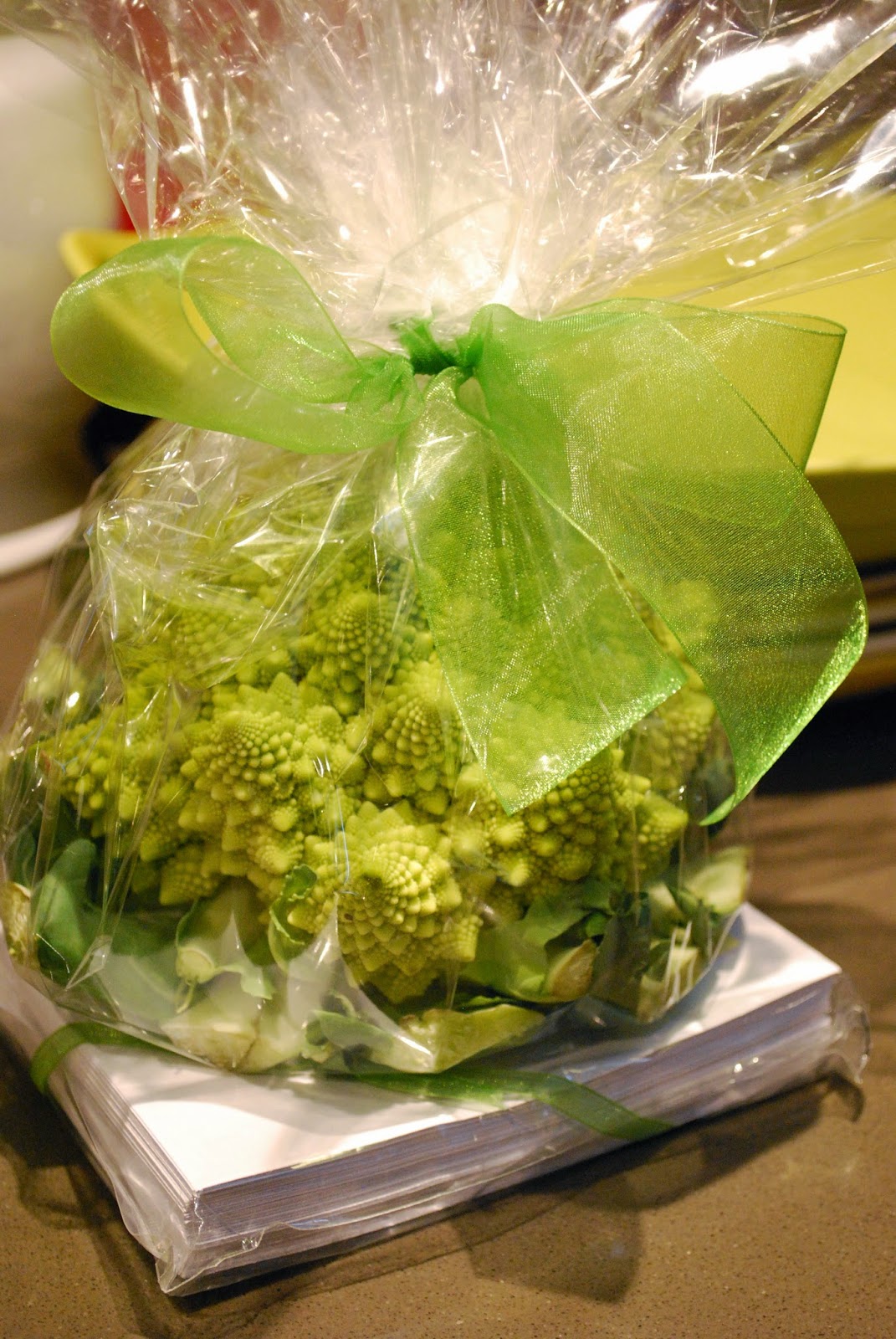 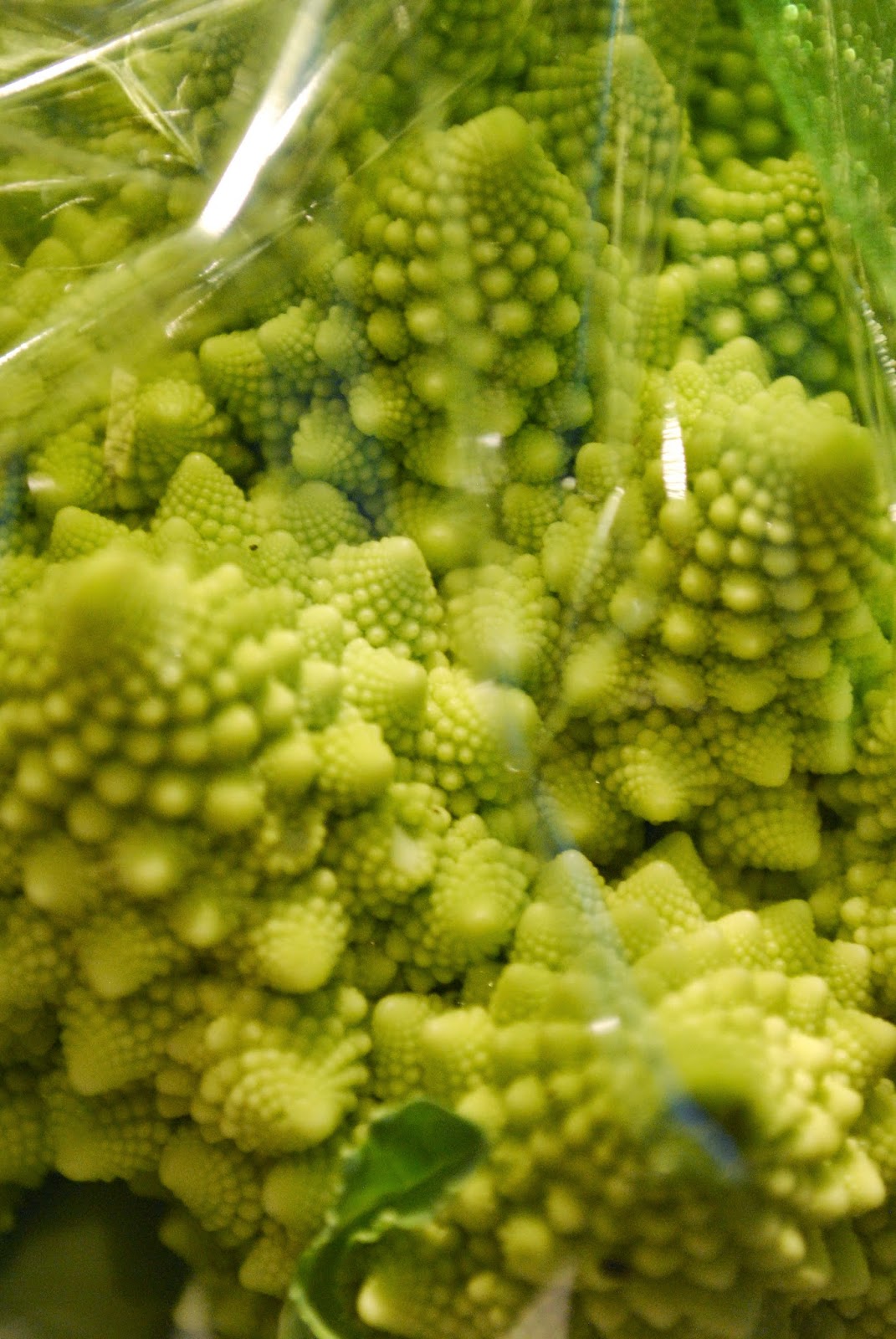 I bought some for myself and we liked it. Lightly steamed, just a touch of kosher salt. 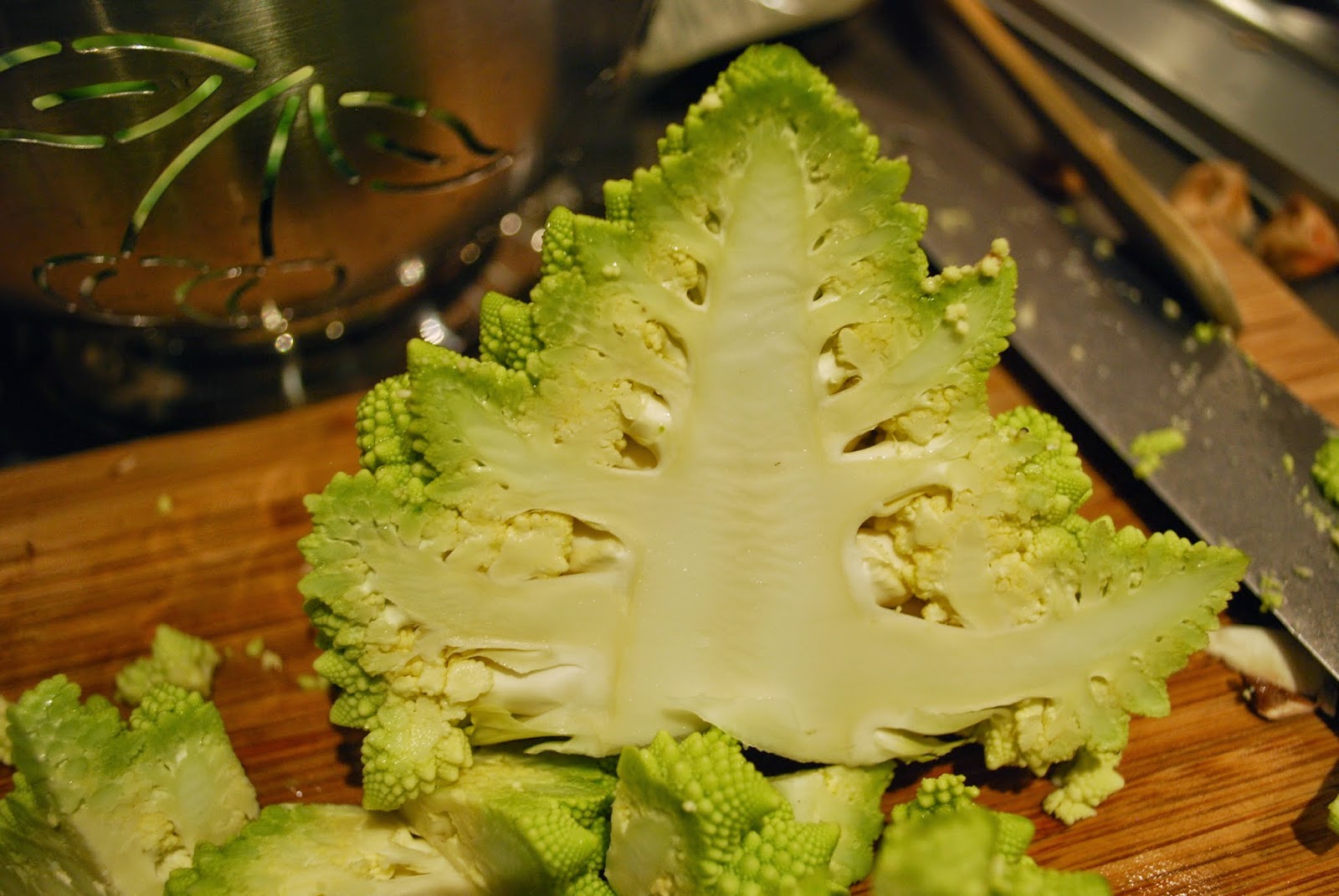 And then I bought more the next week- it was $2 LESS a pound at Whole Foods than it was at the other natural foods store where I first saw it.  ($1.99 a pound versus the $3.99 a pound I paid the first time.)

This time, I sautéed it in olive oil with a sprinkle of curry powder and turmeric and a little sea salt. Yum. And the last of it was added to a pureed vegetable soup topped with cashews (pan roasted with dried onion flakes). Also very tasty.

Romanesco broccoli (also called Romanesque cauliflower) has a very mild taste, similar to cauliflower. It's beauty is striking- an approximate natural fractal. And the number of spirals on the head is a Fibonacci number. It's also high in vitamins C and K, fiber, and carotenoids. Give it a try!