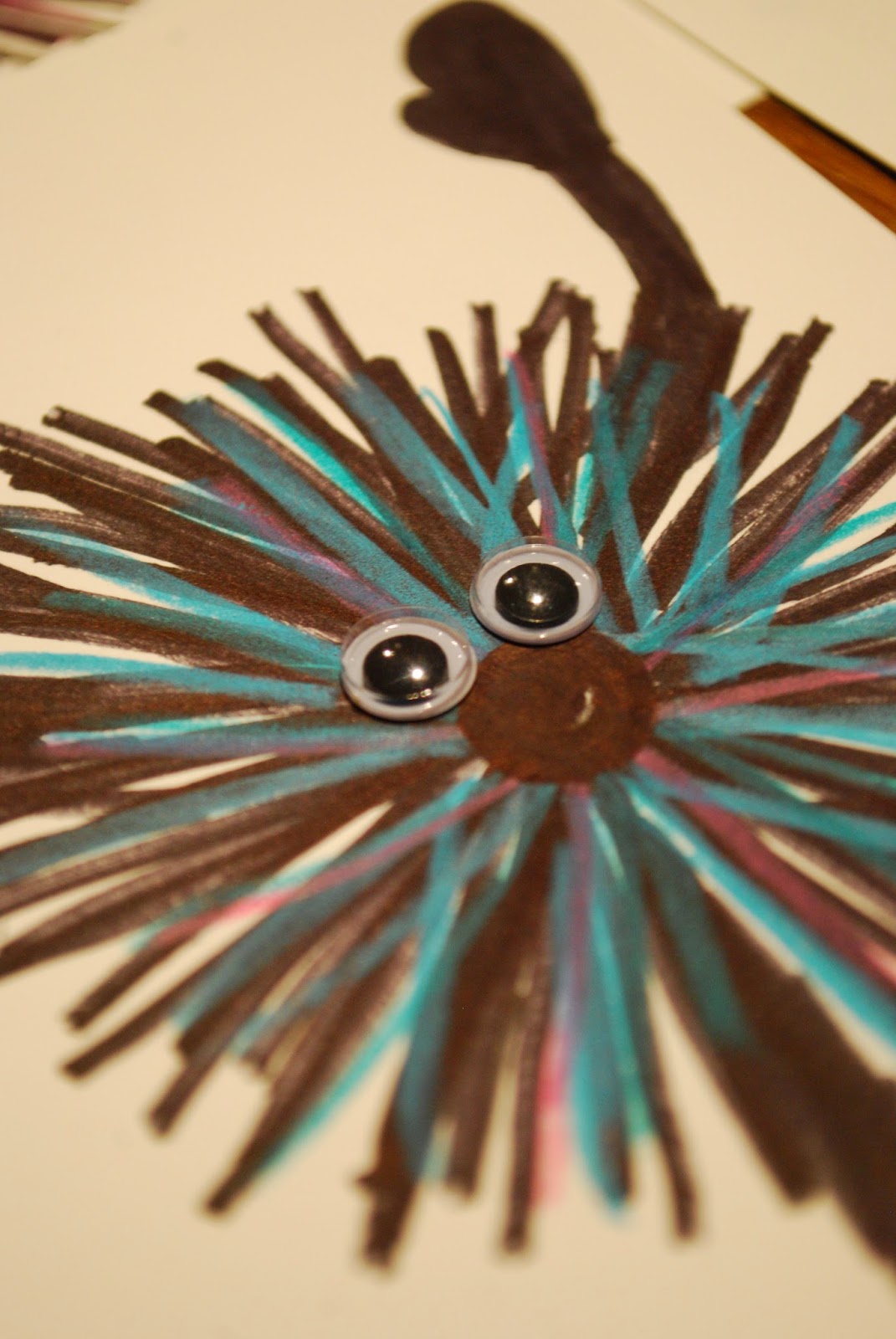 As my Art Club artists finish up their cartoons, I like to have a quick project or two available for quick workers. They might draw another cartoon, create their own character from animal photos, or build a character from an idea sheet of eyes, noses, and other parts. It's really an extra project, so those who work more slowly on their cartoons have time to finish quality work.

This year, we made Wooly Woos. 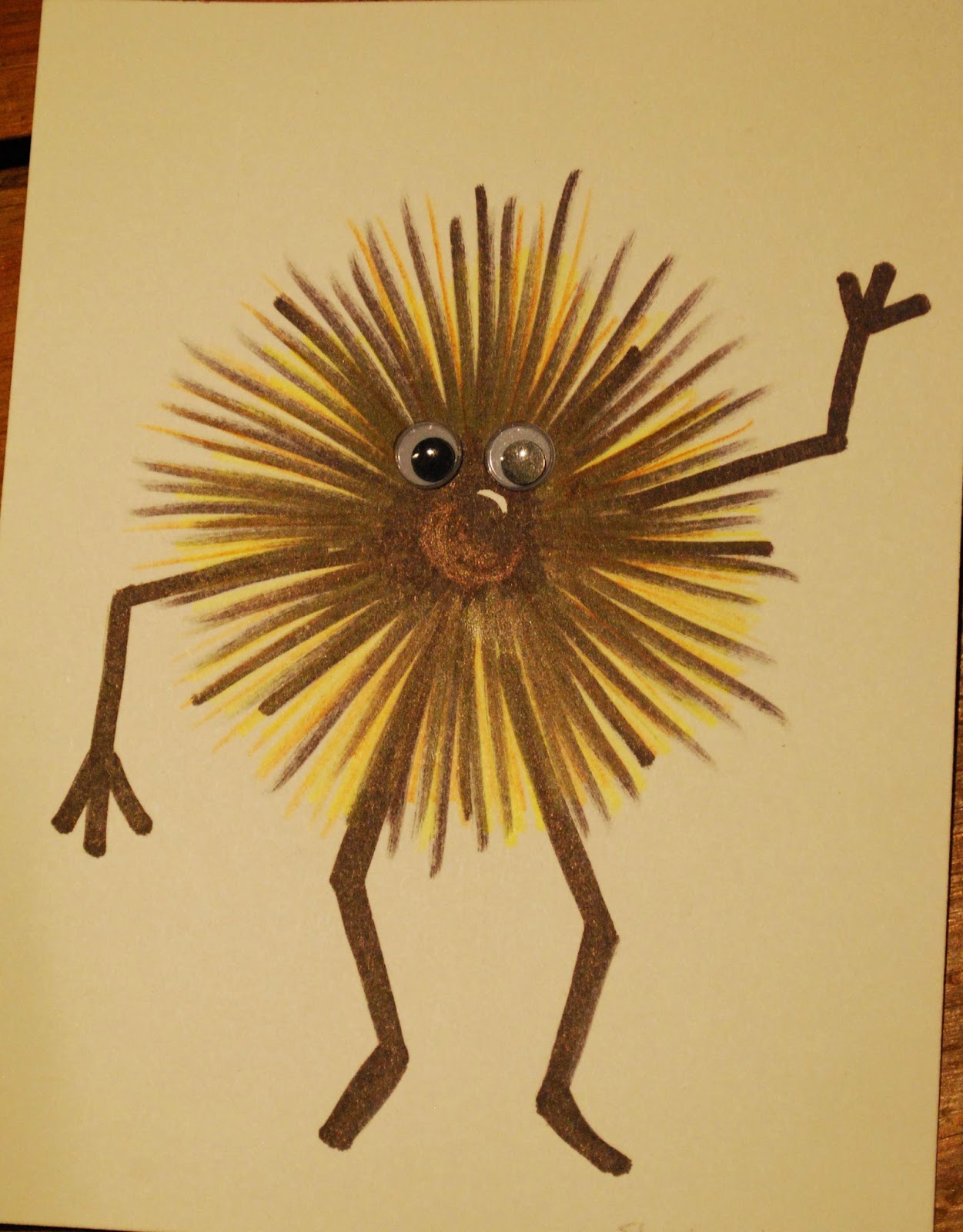 Wooly Woo,designed by Brenda Hoddinott is a drawing exercise in the book Drawing for Dummies. Her version doesn't have arms and legs. Or wiggly eyes. 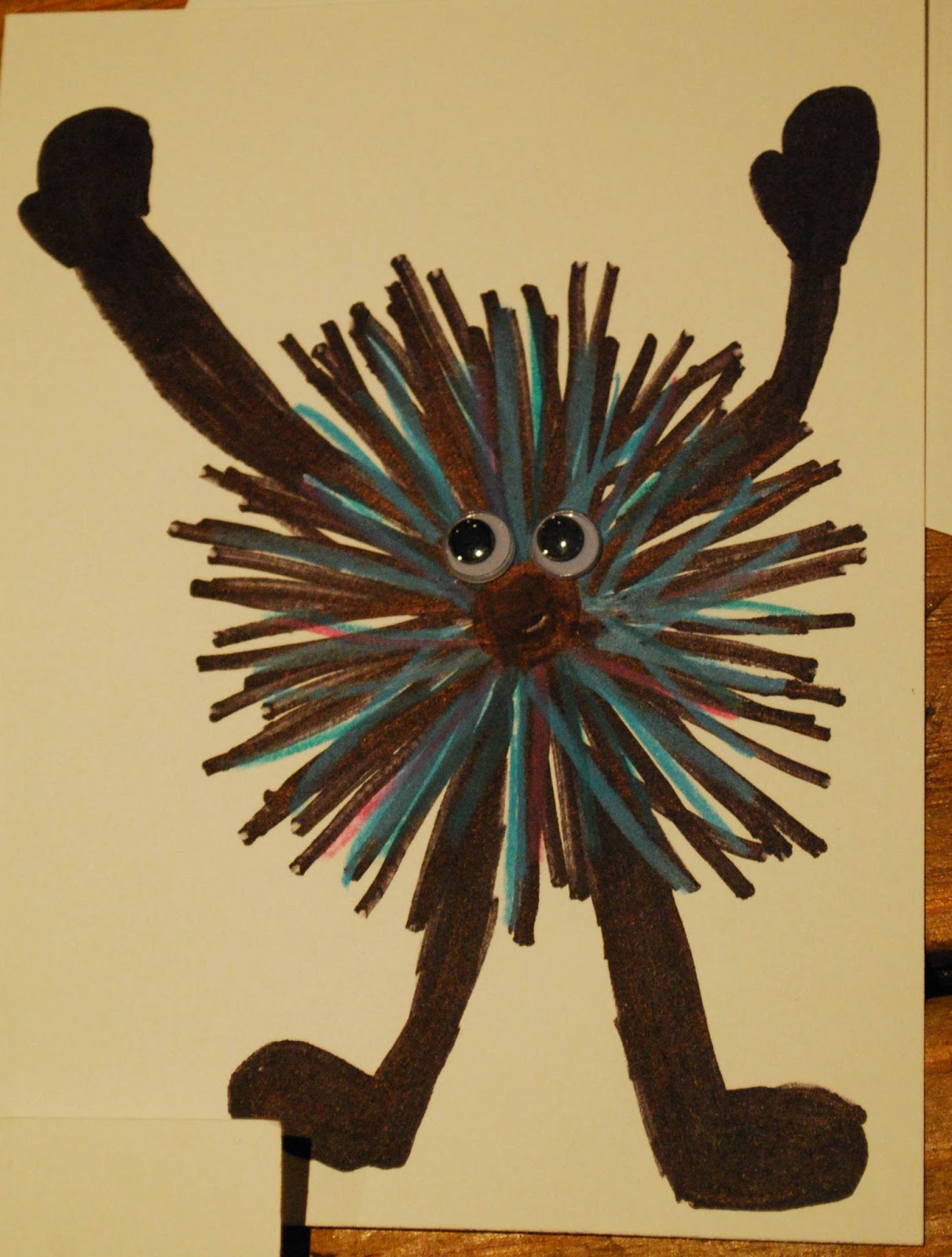 I created a step-by-step drawing worksheet from Brenda's book. Once they had practiced in pencil- including drawing the eyes and nose with some shading, I gave them a small sheet (5.5"x4.25") of white card stock. 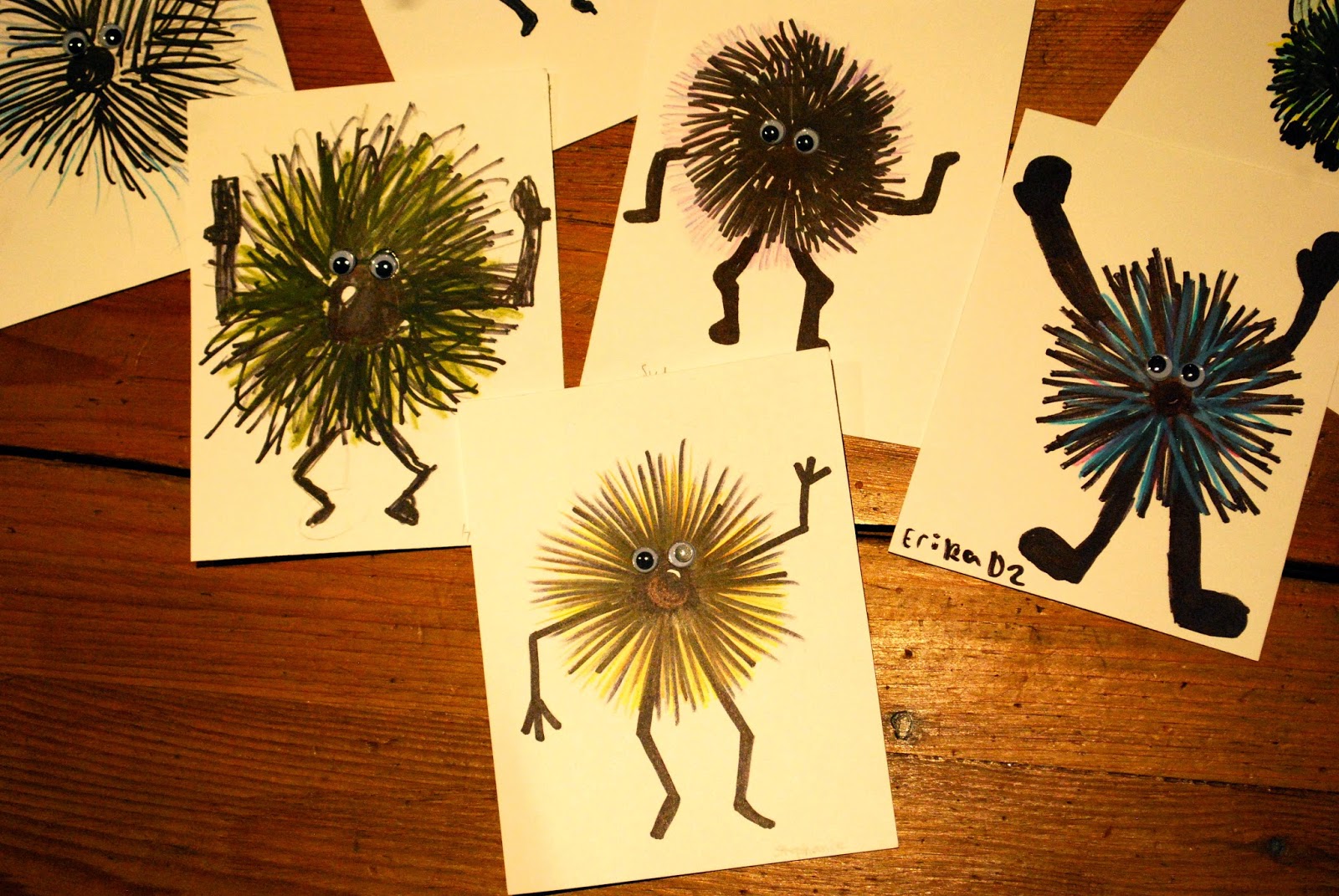 The hardest part of this was getting them to NOT draw the eyes on their final, since I had them draw eyes during the practice. Yes, it's my fault they were confused! :D 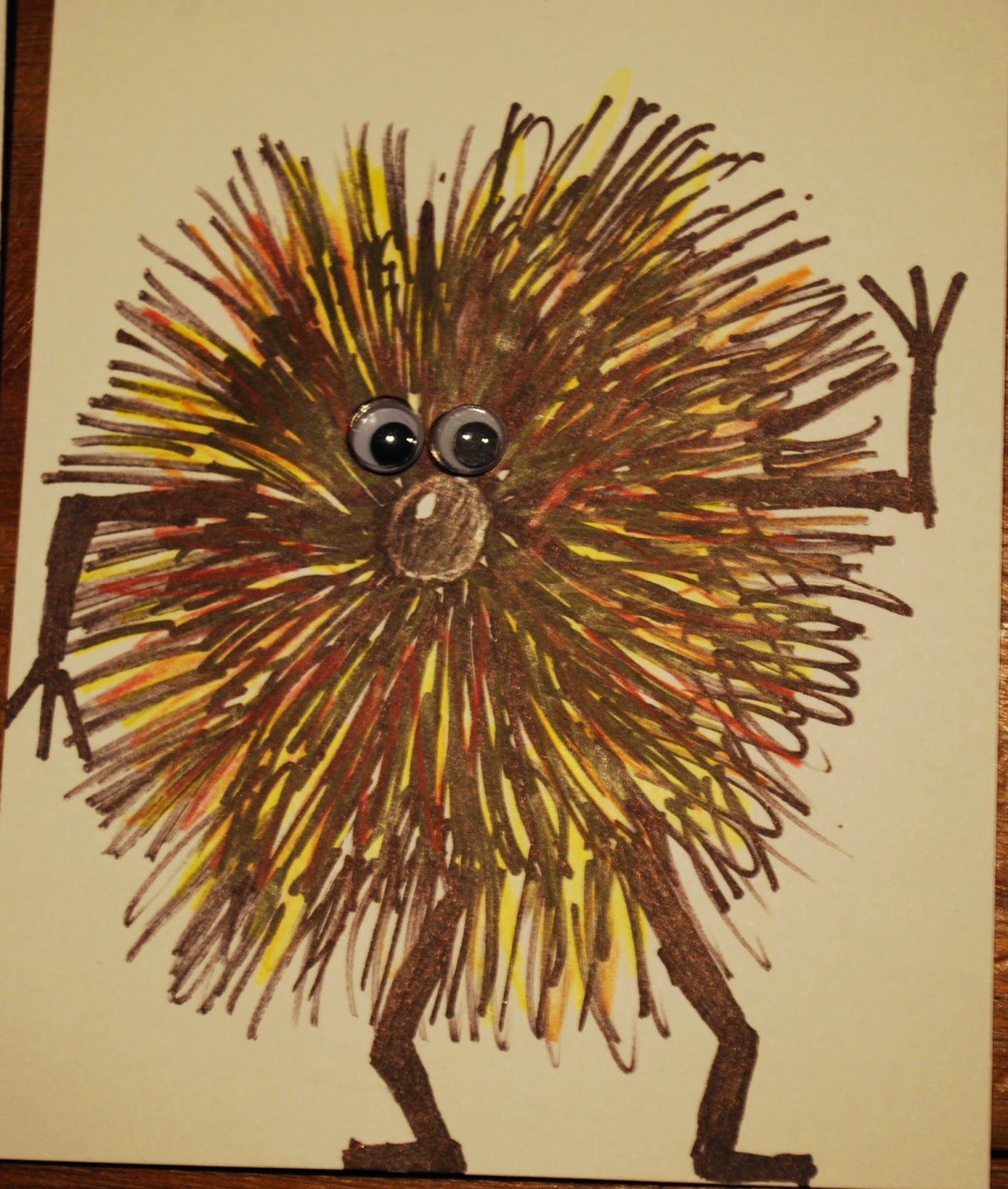 They used sharpie pen for the fur lines, adding arms and legs in whatever pose they wanted. I love this one with his hands up in the air… 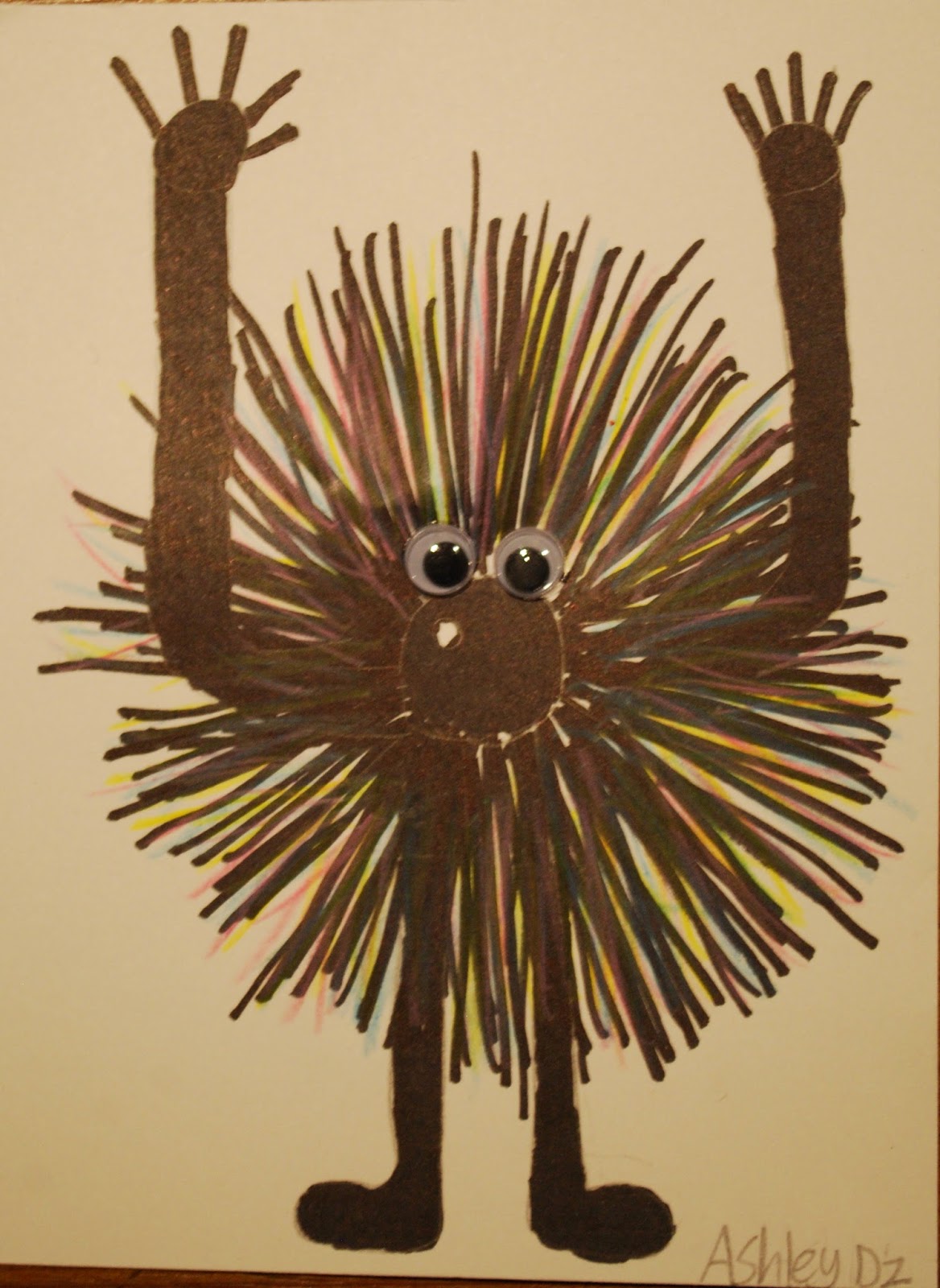 Then they used colored pencil to layer still more furriness on their character. 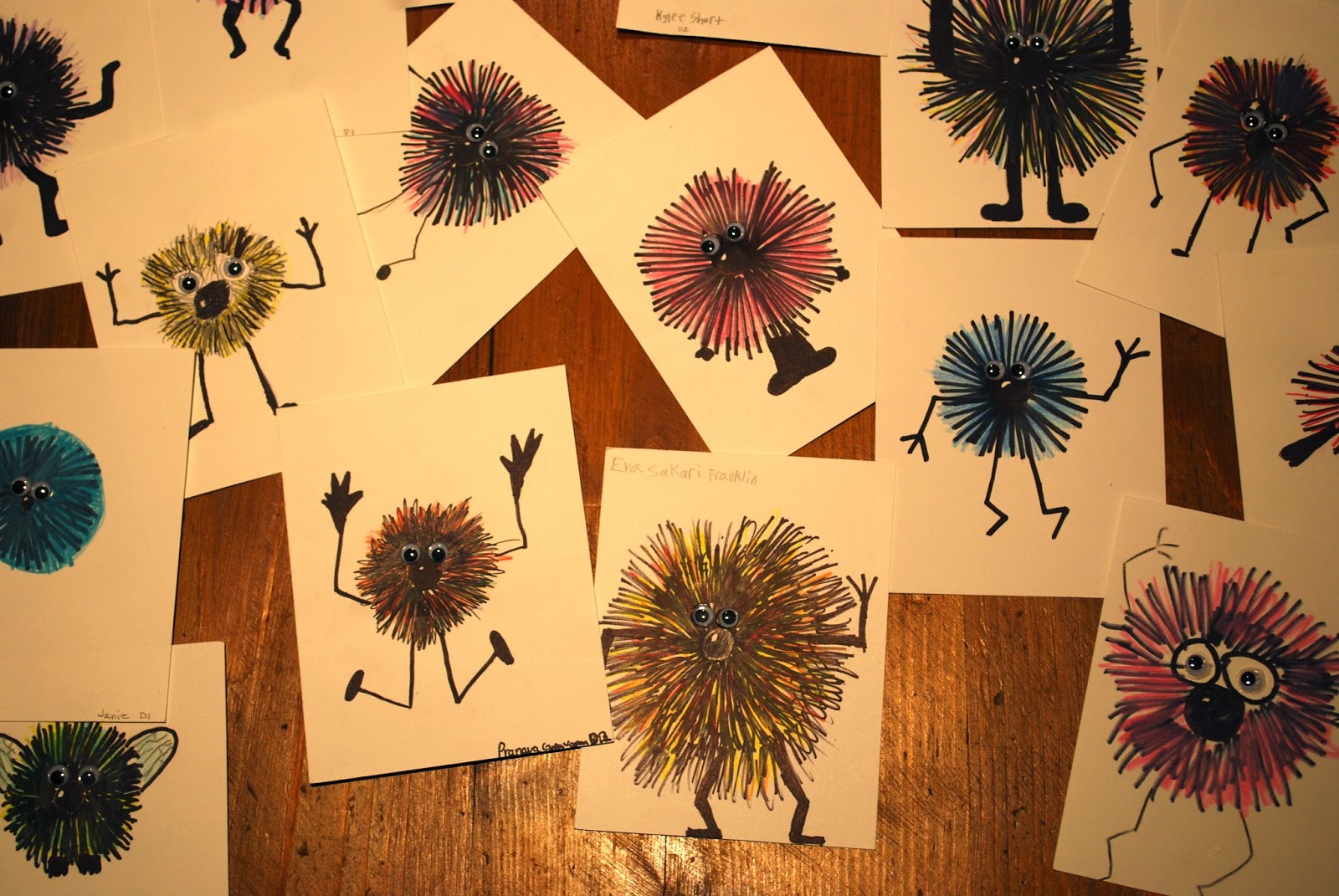 Adding the wiggly eyes made  a quick character come to life. 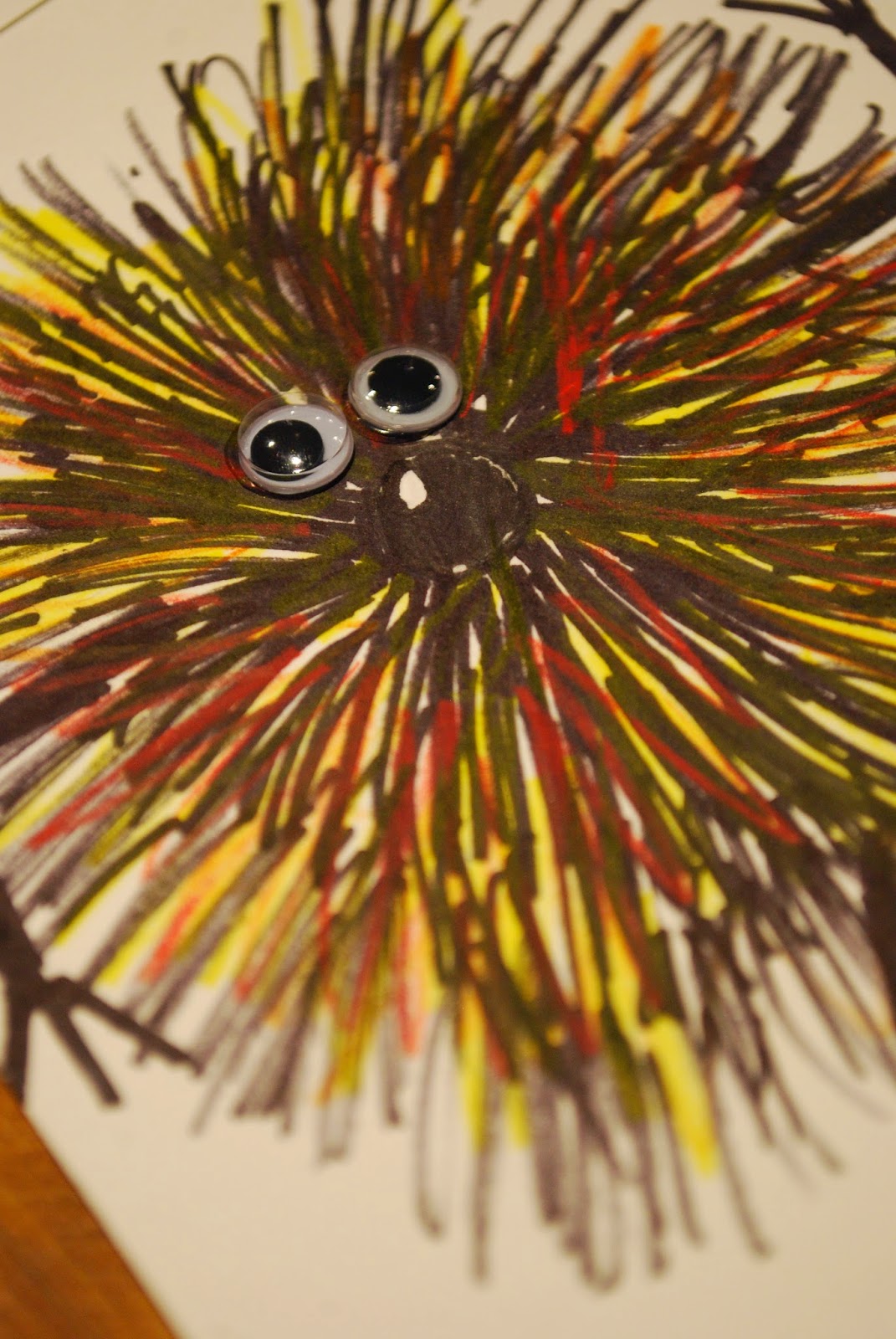 Make it  a Wonderful Day!